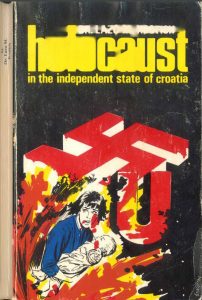 An account based on German, Italian and other sources.
by Dr. Lazo M. Kostich
“Liberty” – Chicago -1981.

No significant part of this book may be reprinted, reproduced or quoted without the proper citation of title and author.

To the one million Serbians, Jewish and other innocent victims massacred by the Croatian Ustashi during World War II

Note:
The full text of this book has generously been made available for publication on this site. It is currently at the design stage and will be rolled out chapter by chapter in both English and Serbian editions. 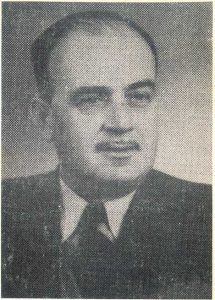 Dr. Lazo M. Kostich was born in 1897 in Boka Kotorska, Yugoslavia (then part of the Austro-Hungarian Empire). In prewar Yugoslavia, he served with distinction as a tenured professorat the University of Belgrade. Hetaughtatthe School of Law in Subotica, a branch of the University of Belgrade, until 1937 and from then until the outbreak of the war in 1941 at the Advanced Schoolfor Business and Economics in Belgrade. From 1945 until his death, January 27, 1979, Professor Kostich had been living in exile in Switzerland. During his period of exile, Professor Kostich became a phenomenally prolific writer, authoring 77 books and major essays on a variety of themes, but mainly on problems from Serbian history and culture, particularly the burning question of Serbo-Croat relations. At the same time, he published over 2,000 scholarly articles in Serbian and German.

Professor Kostich’s literary activities did not begin when he left Yugoslavia to go into exile after World War II. While still a full professor at the University of Belgrade before the war, he wrote three significant textbooks, each of which was a pioneering contribution in its particular field: Administrative Law of the Kingdom of Yugoslavia, 3 volumes (1933); Constitutional Law of the Kingdom of Yugoslavia (1934); and Theoretical Statistics (1937).

With gratitude for the generous assistance which helped to make possible the publication of this historic book.